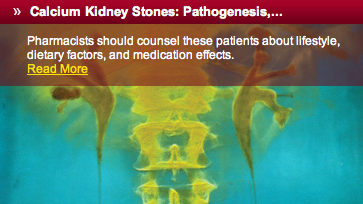 Nephrolithiasis (kidney stones) occurs in more than 5% of the U.S. population and accounts for more than $5 billion in direct and indirect costs annually, related to hospitalization, surgery, and lost work time.1 The prevalence appears to be rising over time.2 The presence of nephrolithiasis is concentrated among working adults; about one-third of employees treated for nephrolithiasis miss work, averaging 19 hours per afflicted person. The incidence peaks in the third and fourth decades of life. By age 70 years, approximately 11% of men and 5.6% of women will have experienced a symptomatic kidney stone, and about 40% to 50% of initial stone formers will have a recurrence within 5 years.1,3 The risk of recurrence within 20 years is as high as 75%. Risk in white individuals is roughly three times higher than in the African American, Hispanic, and Asian American populations.4 Geographic location also appears to impact stone formation, with higher rates in the southeastern U.S., possibly related to greater sunlight exposure, resulting in increases in insensible fluid losses and increases in vitamin D production.

The composition of a kidney stone can be determined by laboratory analysis after passage or surgical removal of the stone. Known varieties of stones include calcium oxalate, calcium phosphate, uric acid, magnesium ammonium phosphate (struvite), and cystine. About 70% to 80% of stones are composed primarily of calcium oxalate mixed with varying amounts of calcium phosphate.3 In the U.S., uric acid stones constitute about 10% of kidney stones. Struvite stones account for 10% to 15%, and cystine stones are quite rare, on the order of 1% of all stones.3 Since calcium stones are by far the most common, this paper will focus on that type.

Homogeneous nucleation occurs when calcium and oxalate ions complex to form small crystals that then grow to larger pure calcium oxalate stones. Heterogeneous nucleation occurs when calcium and phosphate ions complex to initially form small crystals of calcium phosphate. These small crystals form the substrate upon which calcium oxalate subsequently deposits. This results in a mixed calcium oxalate–calcium phosphate stone. Various factors contribute, including the concentrations of individual free (unbound) ions such as calcium and oxalate, the pH, and the presence or absence of other substances that can either accelerate or retard the formation of calcium stones. For example, citrate is a known inhibitor of calcium crystallization, because citrate forms soluble complexes with calcium, which then lowers the ionic activity of free calcium ions in the urine and decreases stone formation.7 There are several known endogenous inhibitors of calcium crystallization including uropontin, pyrophosphate, and nephrocalcin.8,9

The formation of a stone and its growth are also dependent upon the ability of crystals to anchor to renal tubule epithelium. The anchoring typically occurs over patches of calcium phosphate in the form of apatite. Twenty-four hour collections of urine are often obtained to measure the concentrations of calcium, oxalate, and phosphate, to estimate risk of stone formation. However, patients with similar levels of supersaturation will have varying risk of calcium stone formation depending upon the activity of inhibitors.

Various anatomical abnormalities can contribute to stone formation. The horseshoe kidney malformation, polycystic kidney, or obstructions at the ureteropelvic junction can cause urinary stasis, which increases the risk of stone formation. Patients with a single functioning kidney in these circumstances are at high risk of developing acute renal failure.

The effect of dietary calcium intake is more complex. One might think that a low-calcium diet would decrease the incidence of stone formation. This is not always observed in practice, because dietary calcium also binds oxalate in the gastrointestinal (GI) tract and prevents its absorption. Hence, inadequate calcium intake can lead to excessive GI absorption and renal excretion of oxalate. Age and sex-appropriate calcium intake along with a low-oxalate, low-sodium, low-animal-protein diet (with 2 to 3 L of water a day) has been shown in a randomized study to decrease the risk of calcium stone formation in comparison with a low-calcium diet.11 On the other hand, excessive intake of calcium and vitamin D can increase the risk of stone formation.

Metabolic and Genetic Factors: Metabolic derangements can also increase the risk of developing a calcium stone. Idiopathic hypercalciuria is the most common biochemical abnormality found in patients with recurrent calcium stone formation. The hypercalciuria is typically familial but is significantly influenced by dietary calcium intake. Patients with idiopathic hypercalciuria may demonstrate increased GI absorption of calcium; however, serum calcium levels remain normal because the excess calcium is promptly excreted. The actual defects appear to be: 1) a greater-than-expected decrease in renal calcium reabsorption compared to normal control subjects; 2) increased intestinal calcium absorption; and 3) excessive bone demineralization.12 There are no abnormalities of parathyroid hormone levels in these patients. Even on a low-calcium diet, the excretion of calcium is increased in these individuals, implying that calcium is mobilized from bone. The underlying genetic defect in the familial form of hypercalciuria has not yet been identified, but it is thought that this is a polygenic disorder. At the molecular level, this condition could be a dysregulation of a calcium transport mechanism. Numerous hypotheses regarding the underlying defect have been advanced, but the data are inconclusive.13

Certain systemic disorders such as sarcoidosis can cause hypercalcemia and may also lead to hypercalciuria, which can increase the risk of stone formation.15 Some GI disorders such as Crohn’s disease are associated with small bowel dysfunction and nephrolithiasis.16 Increased intestinal fat binds calcium, which is then not available to sequester oxalate in the GI tract. This results in increased oxalate absorption and increased urinary oxalate. Patients with Crohn’s disease also demonstrate decreased urinary citrate.

There are also a number of rare genetic disorders such as X-linked hypercalciuric nephrolithiasis, which lead to hypercalciuria and stone formation.17 This disorder is caused by mutations in a chloride channel. It is not understood how the molecular lesion leads to the clinical phenotype.

Primary hyperoxaluria type 1 is a rare genetic disorder due to mutations in the AGXT gene that encodes an enzyme that catalyzes the conversion of glyoxylate to glycine.18 When the enzyme is inactive, glyoxylate is converted to oxalate, resulting in hyperoxaluria.

Patients who present for the first time with renal colic are often evaluated with an unenhanced helical CT scan. This is generally the most sensitive method for establishing the presence of a renal stone. The CT provides valuable information regarding the size and location of the stone(s), and any anatomical abnormalities can be defined. Ureteral stones smaller than 5 mm will generally pass spontaneously with adequate hydration. In the absence of fever, infection, or renal failure, these stones are generally followed conservatively. Pain may be managed with opioid analgesics and nonsteroidal anti-inflammatory drugs (NSAIDs). Intravenous hydration is usually administered until the patient is able to consume adequate amounts of fluid by mouth. Most of these patients can be stabilized in the emergency room and then followed as an outpatient. Alpha1-adrenergic receptor blockers or calcium channel blockers are sometimes prescribed to assist with stone passage. Stones greater than 10 mm will generally not pass spontaneously and will require urologic intervention. Stones ranging from 5 mm to 10 mm will have variable outcomes. More distal stones will generally pass more readily than stones in the proximal ureter. Again, if the patient is afebrile, pain is controlled, and there is no evidence of infection or renal failure, the patient can be followed initially conservatively. Stones in this size range that do not pass will require intervention.3

Patient evaluation should include an assessment of potential contributing factors and risk factors, as previously discussed. Fluid intake, diet, calcium intake, sodium intake, oxalate intake, lifestyle, and medications should be reviewed. Family and personal history should be reviewed to uncover any clues regarding genetic components or systemic illness. Analysis of the stone composition is critical for ongoing management. Basic lab-oratory evaluation should include renal function, urinalysis, and electrolyte, calcium, and phosphorus levels. If the calcium is in the upper normal range or is elevated, intact parathyroid hormone should be obtained to rule out hyperparathyroidism.3

Once the acute episode has passed, certain patients should undergo a complete laboratory evaluation. This is appropriate in patients in demographic groups not typically susceptible to stone formation, in children, and in those with an increase in the number or size of stones. The laboratory evaluation should include a 24-hour urine collection for determination of calcium, oxalate, citrate, sodium, phosphorus, and creatinine levels.3

As noted above, stones greater than 10 mm and some stones ranging from 5 to 10 mm will not pass. In these cases, urologic intervention is required. Several options are available for ureteral stones.20 Extracorporeal shock wave lithotripsy (ESWL) was introduced into U.S. practice in 1984; it can disrupt stones into fragments that can be passed in the urine when successful, eliminating the need for invasive surgery. ESWL is the most common type of lithotripsy. This involves the external application of high-energy acoustic pulses. A second option is ureteroscopy with laser lithotripsy. This may carry a higher success rate but with greater risk of complications such as sepsis and ureteral injury. In many applications, a pulsed-dye laser, which uses 504 nm of light delivered through optical quartz fibers, is used to deliver a photo pulse that fragments the stone. However, some calcium oxalate monohydrate stones require higher energy levels. The holmium:YAG (yttrium-aluminum-garnet) laser, which is a thermal laser that uses a 2150-nm wavelength of light, can also be employed. This has been found to be effective against all kidney stone types.21

For larger stones (above 2 cm), percutaneous nephrolithotomy is a surgical option.22 This procedure requires either general anesthesia or regional spinal anesthesia. The surgery has a high success rate, about 98% for stones in the kidney and 88% for stones that pass into the ureter. Complication rates run in the range of 5% to 6%.22 Finally, open or laparoscopic surgery is used as needed for selected cases.

The main principles to prevent calcium stone recurrence relate to fluid intake and diet. Fluid intake should be at least 2 to 2.5 L daily. The diet should be low in animal protein, sodium, and oxalate. Patients can be given lists of foods that are high in oxalate content (e.g., spinach, rhubarb, wheat bran, chocolate, beets, miso, tahini, and most nuts). Increased citrate ingestion in the form of certain fruits or juices high in citrate may be helpful. It is not recommended to restrict calcium intake because this may increase risk of osteoporosis as well as increase urinary oxalate excretion. Calcium intake should be age and gender appropriate, but excessive supplementation with calcium should be avoided.10,11

Specific therapy in the form of thiazide diuretics for persistent hypercalciuria despite a low-sodium diet can be considered. If hypokalemia results from the thiazide use, supplementation with potassium citrate can be implemented.

Calcium kidney stones are the most common form of nephrolithiasis, and there is a significant body of knowledge regarding the factors that can lead to supersaturation and precipitate stone formation. Pharmacists should understand the basic pathophysiology and should be prepared to counsel patients about lifestyle, dietary factors, and medication effects. For example, loop diuretics can directly stimulate hypercalciuria and contribute to stone formation.  Patients should be educated about age- and sex-appropriate calcium intake, adequate fluid intake (2-3 L of water per day), and low-oxalate, low-sodium, and low-animal-protein diets. 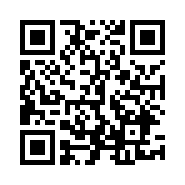