Vitamin D is essential for adequate gastrointestinal absorption of calcium. Insufficient amounts of vitamin D over time reduces serum calcium and can trigger a compensatory release of parathyroid hormone.[1,2] This may produce secondary hyperparathyroidism, resulting in mobilization of calcium from bone and a reduction in bone mineral density.[2,3] Long-term vitamin D insufficiency can lead to muscle weakness and increase the risk for osteoporotic fractures, falls, rickets, and osteomalacia.[2,4,5] Some experts suggest that, based on epidemiologic evidence, vitamin D deficiency may increase the risk for certain chronic illnesses, including various cancers, autoimmune diseases, and cardiovascular disease.[2]

Although some foods, such as milk and orange juice, are fortified with vitamin D, studies have shown that many individuals still consume low amounts of this nutrient or have insufficient vitamin D serum levels.[2,6,7] This may in part be related to changing dietary patterns in this United States, such as low consumption of milk and foods rich in vitamin D (eg, salmon, eel, tuna, and mackerel). Since most biologically active vitamin D comes from skin exposure to sunlight, the increased widespread use of broad-spectrum, high sun-protection-factor sunscreens in recent years may also contribute to the rise in vitamin D deficiency.[1]

Several guidelines have been issued by national organizations that recommend varying amounts of vitamin D intake. Perhaps the most current, authoritative consensus report has been issued by the Institute of Medicine.[8]This guideline recommends a daily dietary allowance of vitamin D of 600-800 IU/day for most patients. However, increased amounts are necessary for treating insufficiency and deficiency. Although much attention has been given to vitamin D intake, most consensus statements do not delineate the differences between the 2 major oral formulations: vitamin D2 (ergocalciferol) and vitamin D3 (cholecalciferol).

Vitamin D is produced cutaneously and converted to active metabolites in the liver and kidney. On exposure to ultraviolet irradiation, provitamin D3 (7-dehydrocholesterol) in the skin is converted to previtamin D3, which is then isomerized to more stable vitamin D3 via a thermally induced transformation. Vitamin D3, whether cutaneously formed or obtained in the diet as cholecalciferol, is subsequently hydroxylated in the liver to 25-hydroxyvitamin D. This is the major circulating form of vitamin D that is assayed to detect deficiency. 25-hydroxyvitamin D is hydroxylated again in the kidney to form 1,25-dihydroxyvitamin D3, the major biologically active form of vitamin D, also known as calcitriol.[1] Thus, in the setting of severe renal impairment, formulations of calcitriol are preferred over ergocalciferol and cholecalciferol because the terminal hydroxylation occurs in the kidney.

Regarding the manufacturing of oral vitamin D formulations, ergocalciferol is made from ultraviolet irradiation of ergosterol in yeast. Cholecalciferol is made from irradiation of 7-dehydrocholesterol from lanolin and the chemical conversion of cholesterol.[2] Traditionally, oral formulations of vitamin D2 and D3 have long been regarded as equivalent in their clinical activity. However, studies indicate that ergocalciferol (vitamin D2) is much less potent and has a shorter duration of action than cholecalciferol.[9-11]

Historically, ergocalciferol has been used instead of cholecalciferol for severe vitamin D deficiency. This is out of convention, or perhaps because high-dose ergocalciferol is more widely available in doses of up to 50,000 IU per softgel capsule from multiple manufacturers. Although this dose of cholecalciferol is available from at least 1 manufacturer, it is often challenging to find in retail outlets. Based on this author’s experience, and verified by others,[11] it is often difficult to raise 25-hydroxyvitamin D levels with ergocalciferol in patients with severe vitamin D deficiency. 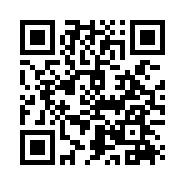