The syndrome can lead to kidney failure and subsequent end-stage renal disease. It also is associated with a higher risk for stroke and death. The safety and effectiveness of plasma therapy, the current standard treatment for aHUS, has not been studied in well-controlled trials, according to the FDA.

The agency approved eculizumab in 2007 to treat another rare blood disorder called paroxysmal nocturnal hemoglobinuria. The FDA has classified eculizumab as an orphan drug because it demonstrates promise for the diagnosis or treatment of such rare diseases.

Eculizumab inhibits proteins that play a role in aHUS. In 2 single-group trials and 1 retrospective study, patients receiving the drug experienced improved kidney function, and some who had not responded previously to plasma therapy were able to forego dialysis. The most common adverse effects of eculizumab were high blood pressure, diarrhea, headache, anemia, vomiting, nausea, leukopenia, and upper respiratory and urinary tract infections.

"This is the first approval of a drug for treating this life-threatening disease, and the first approval for use of Soliris in children," Richard Pazdur, MD, director of the Office of Hematology and Oncology Products in the FDA's Center for Drug Evaluation and Research, said in a press release. "This approval underscores how an increased understanding of the biology of a disease and of how a drug interacts with that process can expedite drug development."

The FDA's decision to approve eculizumab for aHUS extends a risk evaluation and management strategy that is already in place for treating paroxysmal nocturnal hemoglobinuria. That strategy was designed to inform clinicians and patients about the risk for life-threatening meningococcal infections. Prescribers must continue to enroll in a registration program and give patients a medication guide. 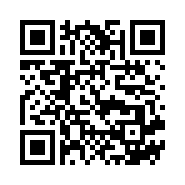