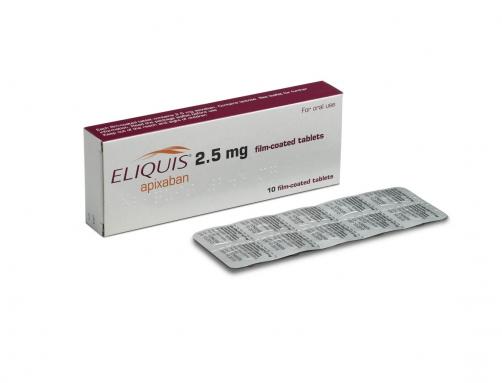 An indirect comparison of the new oral anticoagulant drugs, with all the caveats that such comparisons entail, suggests there is no profound difference between apixaban (Eliquis, Pfizer/Bristol-Myers Squibb), rivaroxaban (Xarelto, Bayer/Johnson & Johnson), or dabigatran (Pradaxa, Boehringer Ingelheim) in terms of efficacy [1]. The higher dose of dabigatran, 150 mg, was superior to rivaroxaban in terms of lowering the risk of stroke or systemic embolism, while the risk of major bleeding was significantly lower with dabigatran 110 mg or apixaban when compared with rivaroxaban.

"We obviously have very good data from the very large phase 3 clinical trials comparing the new anticoagulants against warfarin," lead investigator Dr Gregory YH Lip (University of Birmingham, UK) told heartwire . "Notwithstanding the fact that the three trials do have significant differences between them in terms of patient populations and some of the exclusion and inclusion criteria, the question many people are asking now is how these new drugs square up against each other."

While a randomized, controlled clinical trial comparing dabigatran against rivaroxaban or apixaban or a trial comparing rivaroxaban against apixaban would be the gold standard for determining the relative safety and efficacy of the agents, such trials would require upwards of 50 000 patients for a minimum for five years in order to acquire enough clinical events. "So unless people are prepared to wait for such a massive trial, we wanted to know what we could do instead," said Lip. "There is a way to do this, and it's an indirect comparison."

Not surprisingly, an editorial by Dr Christopher Cannon (Brigham and Women's Hospital, Boston, MA) and Dr Payal Kohli (University of California, San Francisco) warns of the dangers of indirect comparisons, citing other previous studies with different agents that did not pan out when the direct head-to-head randomized clinical trial was performed [2]. According to the editorialists, the data, although of interest to physicians, cannot be relied upon to guide clinical practice. "Instead, we would turn to direct evidence from trials and the indications put forth by the [Food and Drug Administration] to select the appropriate agent, at the dose tested, for use in the patient population studied within the trial," they write.

To heartwire , Lip agreed with the limitations of their statistical analysis but believes the data do provide some insight.

"As we state in the paper, we're conservative in how we approached this analysis and very up front about the limitations of this type of study, but it does give us some insight into how these drugs compare with one another," said Lip.

Publishing their findings in the August 21, 2012 issue of the Journal of the American College of Cardiology, the researchers used the "Bucher method" for comparing the different anticoagulant agents. Lip explained that because the three studies--RE-LY, ARISTOTLE, and ROCKET-AF--each compared the agent in question against a common comparator, in this case warfarin, they were able to estimate the hazard ratios for safety and efficacy when comparing the anticoagulants against each other.

For Cannon and Kohli, this "straightforward and statistically sound analysis of the data strongly supports the use of the newer agents over warfarin, as a class." Regarding the other analyses, however, the editorialists state that "indirect comparisons can be misleading, and extreme caution should be exercised when using such methods to draw definitive conclusions."

For example, they point out that the indirect comparison revealed no difference in the rate of MI between the agents, but the trial data showed that MIs were higher among dabigatran-treated patients but not among those treated with apixaban or rivaroxaban. "These conflicting results lend support to the conclusion that such methods for indirect comparisons may not be the most accurate due to several sources of confounding," state the editorialists.

The Right Drug for the Right Patient

Speaking with heartwire , Lip said jokingly that patients frequently do not obey textbooks or inclusion criteria for clinical trials, leaving physicians to find an appropriate anticoagulant and dose for their patients. For example, European physicians have the 110-mg dose of dabigatran, a dose not available in the US (only the 150-mg and 75-mg doses are available in the US), and this can be used in elderly patients, those at high risk for bleeding, or those who are taking other concomitant medications, such as verapamil, that might interact with the direct thrombin inhibitor.

"These drugs are powerful anticoagulants, and they will work well if used correctly and used in the appropriate patients," said Lip. "Where people get into trouble is when using them in inappropriate patients, and of course, we've seen that with dabigatran, being around the longest. We've seen people giving it to patients with severe renal failure. To no surprise, there is an increased risk of bleeding or even death when given to the wrong sort of patients. If you gave warfarin to somebody with severe renal failure, they're actually at a pretty high risk of major bleeding as well." 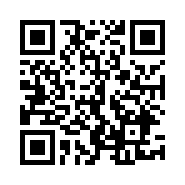