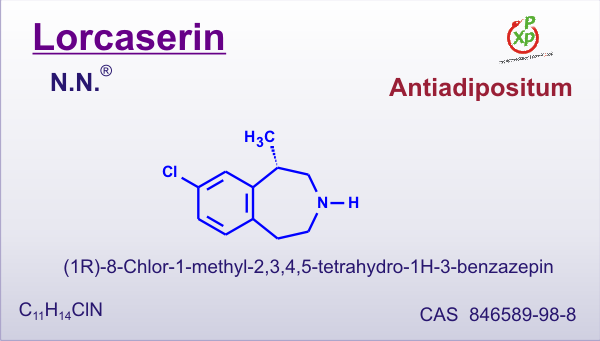 Lorcaserin is a serotonin 2C receptor agonist indicated for chronic weight management in adults when used in conjunction with a caloric restriction diet and increased physical activity. The effect of lorcaserin on cardiovascular morbidity and mortality has not been established.

The second trip before the Food and Drug Administration appears to have done the trick: the agency approvedlorcaserin (Belviq) for the treatment of obesity [1].

The approval follows an overwhelming vote by the Endocrinologic and Metabolic Drugs Advisory Committee in favor of lorcaserin as an adjunct to diet and exercise in patients with a body-mass index (BMI) >30. For patients with weight-related comorbidities, such as hypertension, dyslipidemia, or type 2 diabetes, the drug is indicated for individuals with a BMI >27.

In October 2010, the FDA rejected lorcaserin because of concerns about a cancer signal detected in preclinical animal studies and asked for more data, including results from the BLOOM-DM trial, a study testing the weight-loss drug in overweight and obese subjects with diabetes. In addition, the 2010 advisory panel considered the weight loss in nondiabetic overweight and obese subjects "marginal." In the phase 3 clinical trials, known as BLOOM and BLOSSOM, the average weight loss in the lorcaserin-treated patients was 5 to 6 kg.

In May, the FDA advisory committee was presented with the new data, and the panel appeared satisfied that there was no increased risk of cancer with lorcaserin. The FDA, in its own review, also agreed that the risk of tumors in treated patients was "negligible." That said, it still expressed some concern about a possible increased risk of valvulopathy and adverse cardiovascular events associated with lorcaserin.

Dr Robert Eckel (University of Colorado School of Medicine, Denver) said there is a need for pharmacotherapy for the treatment of obesity and that the decision by the FDA opens the door to other pharmacological agents that also reduce body weight in overweight and obese patients. He noted that lorcaserin has a moderate effect on weight loss, with a reduction of 3% to 4% of the individual's body weight.

"The question then comes up, 'Does weight loss per se reduce cardiovascular disease events or related mortality?' " Eckel told heartwire . "We just don't know the answer to that yet. I think the bariatric-surgery data put forward by the Swedish group indicates that it does, but in terms of medical management of obesity with drug therapy or with lifestyle, we don't have any data that substantiate the hypothesis that weight loss is effective in reducing cardiovascular disease events or mortality."

Regarding the issues of cardiac valvulopathy, Eckel said he is comfortable with the data at this stage where clinicians can safely and confidently prescribe lorcaserin to patients. He cautioned, however, as with any drug, adverse events undetected in clinical trials can arise. In contrast to Eckel's confidence, Public Citizen, a nonprofit consumer-advocacy group, urged the FDA not to approve lorcaserin on the basis of the heart-valve concerns. The combination of fenfluramine/phentermine, popularly known as fen-phen, was pulled from the market in the late 1990s, given the risks of heart-valve damage. The risks from the drug were attributed to fenfluramine.

In February, as reported by heartwire , the FDA advisory committee also voted in favor of approving the obesity drug Qnexa, a combination of phentermine and controlled-release topiramate for obesity, but the FDA has still not approved the drug. A decision on Qnexa is expected in July.

Other Warnings and Precautions

The safety of coadministration of lorcaserin with other serotonergic or antidopaminergic agents has not been determined. Should manifestations of serotonin syndrome or neuroleptic malignant syndrome develop, lorcaserin should be immediately discontinued, and supportive treatment should be provided.

Because lorcaserin may cause cognitive impairment including disturbances in attention or memory, caution when driving or using hazardous machinery is recommended for patients starting treatment.

Use of lorcaserin at supratherapeutic doses has been linked to psychiatric disorders, including euphoria and dissociation. Patients should not take more than the recommended dose of 10 mg twice daily. However, patients should also be monitored for depression or suicidal thoughts, and lorcaserin should be discontinued if these symptoms develop.

In patients taking antidiabetic medications, weight loss may cause hypoglycemia. Therefore, blood glucose monitoring is recommended. Lorcaserin has not been studied in patients taking insulin.

Because priapism may occur with lorcaserin, the drug should be used with caution in patients predisposed to this condition: patients should seek emergency treatment for an erection lasting longer than 4 hours.

Use in Special Populations

Lorcaserin is Pregnancy Category X; it is contraindicated in pregnancy because weight loss offers no potential benefit to a pregnant woman and may result in fetal harm.

The safety and effectiveness of lorcaserin have not been determined in pediatric populations, and its use is therefore not recommended in this age group.

More information on lorcaserin is available on the FDA Web site.

Laurie Barclay, MD, has contributed to this synopsis. 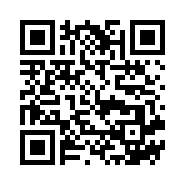