The US Food and Drug Administration (FDA) today approved the combination of doxylamine and pyridoxine (Diclegis, Duchesnay) to treat pregnant women with nausea and vomiting who have not adequately responded to dietary and lifestyle changes, the agency has announced.

Conservative management of hyperemesis gravidarum or "morning sickness" includes dividing up big meals into smaller ones, eating low-fat bland foods that are easy to digest, and avoiding smells that trigger nausea. Often, however, these nonmedical measures are not enough, said Hylton Joffe, MD, director of the Division of Reproductive and Urologic Products in the FDA's Center for Drug Evaluation and Research. "Diclegis is now the only FDA-approved treatment for nausea and vomiting due to pregnancy, providing a therapeutic option for pregnant women seeking relief from these symptoms."

The FDA recommends a starting dose every day at bedtime and on an empty stomach. The dose can be boosted to a maximum of 4 doses per day — one in the morning, one in midafternoon, and 2 at bedtime — if need be.

Diclegis was previously sold in the United States under the brand name Bendectin between 1956 and 1983, but it was pulled from the market because of litigation about birth defects. Although ongoing research has shown that the concerns were unsupported, the drug's previous maker, Merrell Dow Pharmaceuticals, declined to keep making the drug because of the high costs of defending it.

Edward McCabe, MD, medical director for the March of Dimes, told the Associated Press that the birth defect rate was the same among women who used the drug as in those in the general population, creating the false impression that the drug caused the birth defects. "Nothing better has come along" to treat morning sickness in the 30 years since it was taken off the market, Dr. McCabe said. The FDA at the time continued to call the drug safe.

In fact, physicians have been prescribing the 2 active ingredients of the drug for years. Pyridoxine is a form of vitamin B6, and doxylamine is an antihistamine. The benefit of the newly approved combination is its extended release formulation, so that it prevents morning sickness before it starts.

The combination has been recommended as a first-line pharmacotherapy by the American Congress of Obstetricians and Gynecologists (ACOG) guidelines for the last 9 years, according Diclegis' maker, Duchesnay. The Canadian company also sells a generic version of the drug in Canada under the name Diclectin.

The FDA established the efficacy of doxylamine-pyridoxine on the basis of a clinical trial involving 261 pregnant women experiencing nausea and vomiting. Those women randomly assigned to receive doxylamine-pyridoxine for 2 weeks experienced greater improvement in their symptoms than those who were assigned a placebo. The drug's active ingredients also did not pose any increased risk for harm to the fetus in epidemiologic studies.

The most common adverse event associated with doxylamine-pyridoxine is drowsiness, which can be severe.

Diclegis is expected to be available by the end of May, according to Duchesnay. 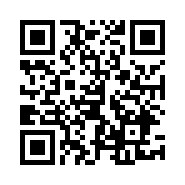