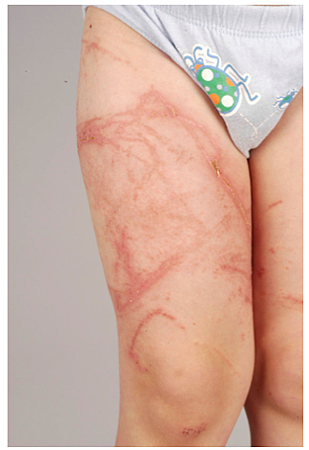 The problem with jellyfish is that they sneak up on their victims. Swimmers are cruising along in the ocean one minute, and feeling the sting of the jellyfish the next.
Jellyfish stings come from cells called nematocysts found the long tentacles that trail the bell-shaped jellyfish and in some species on the bell itself. These cells inject a protein-based venom. The most dangerous reaction to most jellyfish stings is the possibility of severe allergic reactions. However, some species of jellyfish have venom strong enough to kill even if you're not allergic.
Time Required: May last months
Here's How:

Stay Safe. As always, safety is the most important step. Jellyfish tentacles (nematocysts) may still be on the skin. Follow universal precautions and wear personal protective equipment if available.

If the species is known to be box jellyfish (Chironex fleckeri) or Irukandji (Carukia barnesi), get emergency medical help immediately. For box jellyfish stings, vinegar may help (see tips).
Rinse the tentacles off. Rinse away the tentacles using hot water if possible (see step 5 for how hot). If heated water isn't available, use salt water rather than fresh. Fresh water may worsen the stinging pain.
Peel off the tentacles. Remove any remaining tentacles with a gloved hand, stick, shell or tweezers. Be careful not to get the tentacles on yourself or on clothing. Jellyfish tentacles can still sting even after they've been ripped from the body of the jellyfish. If you use bare hands to pluck tentacles off, you'll most likely get stung on the fingers. That's also why it's so important to remove them. If you don't the victim will keep getting stung until all the nematocysts are used up.
Watch for anaphylaxis. Anaphylaxis is a severe allergic reaction that can result in:
itching
hives
shortness of breath
wheezing
tightening of the throat
flushed skin
weakness
dizziness
Anaphylaxis can also cause a drop in blood pressure known as anaphylactic shock.

Immerse the stung area in hot water. How hot is hot? There isn't much evidence that water under 102 degrees is going to help, and a lot of evidence that water over 122 degrees is extremely effective. Since it's unlikely you'll have a thermometer to accurately gauge the temperature of water in a shower or a hot bath, the general rule is to have the victim either shower or immerse the sting in the hottest water he or she can stand. Work up to the heat and be careful not to scald (burn) the victim.
Ibuprofen and acetaminophen will help relieve pain. Ice or heat may also help. Mild itching may be helped with diphenhydramine.
Tips:

The Portuguese or Pacific man-of-war and the bluebottle are technically not jellyfish, but treatment is the same. Remove all tentacles from the sting site and rinse thoroughly, preferably with hot water. Watch for confusion, chest pain, and weakness. Always seek emergency medical treatment for these. Man-of-war stings can be very serious.
Urine will not work on a jellyfish sting. Some victims have reported pain relief, but urine does not always have enough acid to neutralize the venom. The examples of urine working to reduce pain probably would have had the same or better response from rinsing with sea water or hot water. Use hot water whenever possible.
Plain white distilled vinegar (acetic acid) like you would find in your kitchen has long been the standard first aid treatment for jellyfish stings. Its use has become controversial in the last few years and several studies leave us questioning whether vinegar really works. Vinegar is still recommended for use on box jellyfish stings, so if it's available, I'd give it a try.
Source: 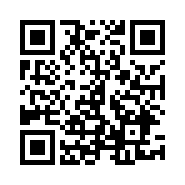