RLS is a neurological disorder characterized by unpleasant sensations in the legs and an irresistible urge to move them. The essential diagnostic criteria for RLS were established by the International RLS (IRLS) Study Group. Any RLS diagnosis requires that all four of these essential criteria be met:

1. An urge to move the legs, usually accompanied by uncomfortable or unpleasant sensations in the legs

2. Unpleasant sensations or the urge to move begin or worsen during periods of rest or inactivity such as lying or sitting

3. Unpleasant sensations or the urge to move are partly or totally relieved by movement such as walking, bending, stretching, et cetera, at least as long as the activity continues

Prevalence estimates for RLS in the United States range from 1.5 to 7.4 percent in adults. The variation reflects different approaches to diagnosing RLS and defining its frequency and severity. The etiology of primary RLS is unknown, but the disorder might occur secondary to other conditions such as iron deficiency, end-stage renal disease, and pregnancy. Insufficient sleep and sleep disorders such as sleep apnea might exacerbate symptoms of RLS.

When compared with placebo, dopamine agonists and alpha-2-delta ligands reduce RLS symptoms and improve patient-reported sleep outcomes and disease-specific quality of life. Moderate-level evidence suggests benefits of intravenous iron on symptoms of RLS. No eligible studies assessed opioids or sedative hypnotics as treatment for RLS. These agents also have potentially serious adverse effects. Some nonpharmacologic interventions such as compression stockings, near-infrared light, or exercise improve RLS symptoms (evidence level low to moderate). Adverse effects of pharmacologic therapies and long-term treatment withdrawals due to adverse effects or lack of efficacy are common. Evidence from observational studies suggests that augmentation is common across dopaminergic agents. The studies included in this review were conducted in adults with moderate to severe RLS. The long-term effectiveness and applicability of the assessed RLS therapies for adults with milder or less frequent RLS symptoms, individuals with secondary RLS, and children are unknown.

When compared with placebo, dopamine agonists:

When compared with placebo, alpha-2-delta ligands:

Results from one small, good-quality study† showed that, when compared with placebo, intravenous ferric carboxymaltose:

Two small randomized trials of iron therapy (one intravenous and one oral) versus placebo in adults with iron deficiency suggested that iron may improve both the percentage of adults considered IRLS responders and symptom scores on the IRLS Rating Scale.** [Low strength of evidence]

No eligible studies assessed opioids or sedative hypnotics, though these are sometimes used clinically for RLS treatment. [Insufficient evidence]

Dopamine agonists were associated with more adverse effects than placebo.

Evidence from observational studies suggests that augmentation is common across dopaminergic agents (dopamine agonists and levodopa), with prevalence estimates ranging from 2.3 to 60 percent. The reason for the wide variation in prevalence estimates across drugs is unclear. ††

Alpha-2-delta ligands were associated with more adverse effects than placebo.

High:
High confidence that the evidence reflects the true effect. Further research is very unlikely to change our confidence in the estimate of effect.

Insufficient:
Evidence is either unavailable or does not permit a conclusion. 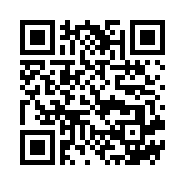