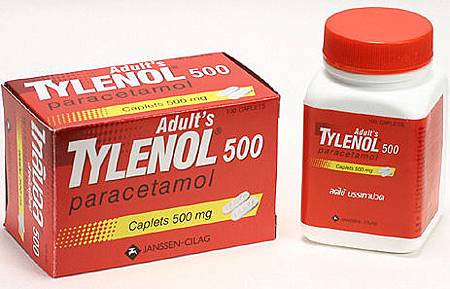 Editor's Note:
On January 14, 2014, the US Food and Drug Administration (FDA) issued a recommendation that healthcare professionals discontinue prescribing and dispensing prescription combination-drug products that contain more than 325 mg of acetaminophen per tablet. This followed a January 2011 request by the FDA to drug-makers to limit the amount of acetaminophen in prescription combination pain relievers to this same dose by that same date. In the just-released statement, the FDA noted that currently available data do not support a conclusion that doses of more than 325 mg of acetaminophen provide additional benefit that outweighs the added risk for liver injury.

Although about one half of manufacturers have complied and limited acetaminophen in prescription products, combinations containing more than 325 mg of acetaminophen remain widely available. Medscape spoke with Sharon Hertz, MD, Deputy Director, Division of Anesthesia, Analgesia, and Addiction Products, Center for Drug Evaluation and Research at the FDA about the issues that have led to this recent statement and the FDA's plans to expedite the removal of high-dose acetaminophen products from the market.

Medscape: Can you review the epidemiologic data on liver injury associated with use of acetaminophen? Has there been a change since the first recommendation issued to manufacturers in January 2011? Just how big a problem is this?

Dr. Hertz: We've been reviewing the safety of acetaminophen for a very long time, both in the context of prescription as well as nonprescription products. Advisory committee meetings on this subject were held in 2002 and again in 2009. I'll focus more on the 2009 meeting, the factors that led to it, and our current actions.

A classic paper by the Acute Liver Failure Study Group was published in 2005. [1]This group looked at the cases of liver failure that were occurring in the United States and found that acetaminophen was responsible for at least 40% of them, and as many as one third of the deaths. The acetaminophen overdoses associated with these cases were more commonly unintentional than intentional. That's clearly a problem.

We decided to take a look at what we could do to further intervene, because we had not seen an improvement in safety following the 2002 advisory committee. This paper documented, 3 years after our first meeting, that there was still an ongoing problem in the United States.

There have been some updated data since then, though nothing quite the same as the 2005 Acute Liver Failure Study Group data. I can't tell you that overall the proportion of cases remains the same with regard to which products are contributing, but we do know that there really hasn't appeared to be a decline in the number of cases of acute liver failure, at least up until 2011, which are the most recent available data. We know that it remains a problem and that acetaminophen is still a very important cause of acute liver failure.

One of the problems that really distinguishes intentional and unintentional overdose with acetaminophen is that more often than not, intentional overdoses come to the attention of others around the individual. If there are other substances involved -- for instance, other drugs or alcohol -- the person passes out, someone will call an ambulance, and these people will be taken to the hospital and managed acutely.

The symptoms may not become apparent until the damage is already done. The symptoms early on are very nonspecific. They could actually appear flu-like. It's not until the symptoms have gone on for a number of days or some jaundice develops that people might seek help.

At the time, the most frequent strength of acetaminophen in prescription products was 500 mg, and most overdoses resulted predominantly from a prescription product. It became clear then that decreasing the amount of acetaminophen from 500 mg per tablet or capsule down to 325 mg concomitantly decreased that 7.5 g (the average amount involved in an overdose) down to about 4.5 g -- a much safer amount.

Then we decided to take a look and see what the evidence was to support the value added of the higher strength of acetaminophen. These are old drugs. We went back and reviewed the literature and took a look at some of the actual new drug applications, and found that we really didn't have any comparison to show that the combinations with 325 mg acetaminophen and the combinations with 500 mg had been examined. There was no evidence to show that there was an advantage.

In the absence of any evidence to show that the difference in acetaminophen was associated with a substantial advantage in efficacy, and knowing we could create a better margin for safety by reducing the amount of acetaminophen, we chose to take that action. That's what led to the announcement in January 2011 asking companies to stop marketing prescription combination products with more than 325 mg of acetaminophen. We gave them a time frame that we thought was reasonable so that they could begin the process of reformulating their products and accommodate the request.

That 3-year period that we gave them is up, and now we're taking stock of which companies have complied. Once we have a full accounting of any companies that have chosen not to comply, we will proceed with the regulatory steps that are necessary.

Dr. Hertz: In this context, that statement refers to a lack of evidence of greater efficacy with larger doses of acetaminophen in combination with another drug predominantly for treatment of pain, specifically opioids. There are combinations for headache that don't have an opioid, but use other drugs. That statement was specific to this situation.

Medscape: You have discussed specific products that are of the most concern. As a corollary, are there particular groups of patients that are at higher risk for acetaminophen-associated liver damage?

Dr. Hertz: The literature is really not consistent about that. There has been a suggestion that some sympathomimetic drugs may increase risk, but it certainly doesn't seem to be a predominant finding. We know that fasting, especially by individuals who are ill, may make someone more susceptible.

Even the use of alcohol, which seems straightforward at first look, is not clearly a risk factor on the basis of current literature. I think that it's always safest to steer clear. If people need to be on acetaminophen, especially if there is any risk for a potential increase in their dose or they need to take it regularly, you would want to lower their daily maximum alcohol intake or try to have them abstain from alcohol.

There are not any other clear patient populations that would be at risk for liver injury due to acetaminophen. Even children are not inherently at greater risk than adults -- certainly not healthy children who would otherwise be taking acetaminophen for symptomatic relief of minor aches and pains or fever.

Medscape: Per the package insert for a leading brand of acetaminophen, recommendations for dosing are 650-1000 mg/dose in adults (10-15 mg/kg/dose in children, to a maximum of 1000 mg) and a total daily maximum of 4000 mg. Are these recommendations based on human or animal studies? Do you anticipate a change in labeling?

Dr. Hertz: This information regarding dosing of OTC acetaminophen is quite old. It is from very early studies from the 1950s when the products first came on the market, initially as prescription products. Within the agency, our OTC folks are reexamining the data that support the higher doses and what's appropriate in the setting of OTC dosing, and the safety margin. In fact, prescription products that subsequently go OTC often have a lower dose in the OTC setting; higher doses are often reserved for situations where physicians or another prescriber is involved.

We have requested that companies reduce the amount of acetaminophen in the OTC products. But the process for our regulatory authority over OTC products is different from that for prescription products.

For OTC products, we have a rule-making process. Right now, we have asked OTC manufacturers to voluntarily reduce the dose of acetaminophen to no more than 325 mg per tablet or capsule. But we will be addressing these products in a separate action under the OTC monograph process. This current action focuses on the prescription products, on the basis of our findings and the notice that we posted in 2011.

Medscape: What about acetaminophen administered via other routes? Do you anticipate changes in formulations and recommendations for intravenous acetaminophen?

Dr. Hertz: Intravenous acetaminophen is relatively new in this country, so we are taking a look at the safety of that product in the recent postmarketing period. It's a different situation. One would hope that because it is given in a hospital setting, there would be very close control of the total amount of acetaminophen being administered. This is in contrast to a patient, the consumer at home, not understanding when acetaminophen is present in a combination product.

It's a different consideration of risk and education. Right now, we're not focused on intravenous acetaminophen for this action, but we are, independent of this action, following closely to make sure that the appropriate labeling and information are available for that product in the setting in which it is used.

Medscape: Will this change necessitate a change in Drug Enforcement Administration scheduling guidelines? Can you speak to the original rationale for allowing combination products to be listed as Schedule III drugs, and permitting them to be refilled with orders submitted by phone or fax?

On the basis of the wording of the Controlled Substances Act, some opioid products, when in combination with a therapeutic dose of a nonnarcotic or nonopioid analgesic, are eligible for Schedule III. Because 325 mg of acetaminophen is what we consider a therapeutic dose, this change should not have an impact on scheduling.

That said, the scheduling of hydrocodone products has been under a lot of scrutiny and review. But this action in itself would not otherwise affect the scheduling decision.

This action is independent of anything concerning scheduling. The scheduling of combination products as Schedule III is a really old decision. The concept of combining analgesics that affect different therapeutic targets is one of the underlying concepts. We reviewed the evidence for the contribution of acetaminophen to the efficacy of combination pain products before issuing the original guidance to industry. One of the questions examined by the 2009 advisory committee was whether or not there should even be combination opioid products.

We did find evidence of an increased analgesic effect as a result of combining something that might seem very mild -- such as acetaminophen -- with something more potent, such as an opioid. You do get an additive effect. The acetaminophen effect is not swallowed, if you will, by the opioid effect. There are not a lot of data out there, but there are definitely some that we found to show that there is a contribution.

Dr. Hertz: I'd like to remind Medscape's readers to counsel the patients who they come in contact with about acetaminophen and educate them about when it's present in their products. Sometimes the labels can be hard to read for both prescription and OTC products. The presence of acetaminophen may not be immediately obvious to some. We encourage clinicians to spread the safety word -- which many, if not most, are already doing. 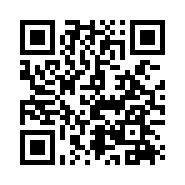