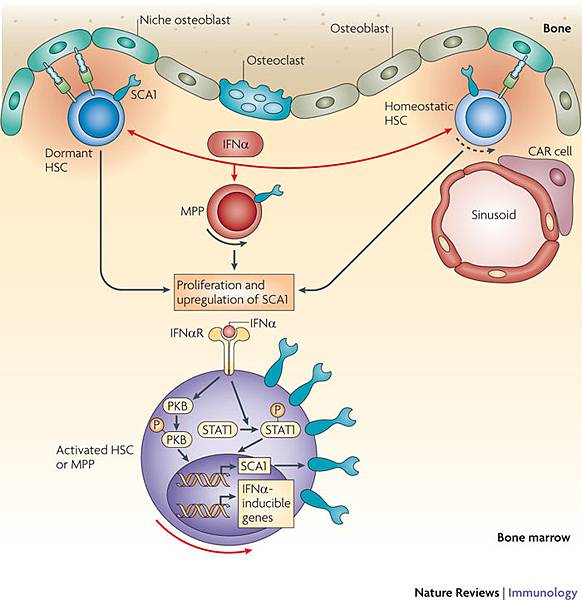 Prophylaxis with omega-3s decreases the risk.

Pretreatment with antidepressants can prevent depression caused by interferon-α (IFN) treatment of hepatitis C and other disorders, but antidepressants can be complicated to use in this setting. To find an alternative prophylaxis, researchers examined the effect of omega-3 polyunsaturated fatty acids for just 2 weeks prior to 6 months of treatment with IFN and ribavirin. A total of 162 hepatitis C patients were randomized to eicosapentaenoic acid (EPA; 3.50 g), docosahexaenoic acid (DHA; 1.75 g), or placebo; 152 completed IFN treatment and were included in the analysis.

Interferon-α increases activity of pro-inflammatory cytokines such as tumor necrosis factor-α, levels of which are correlated with the risk for IFN-induced depression. Anti-inflammatory effects of EPA, which is metabolized to DHA, may prevent this process. In view of how well omega-3s are tolerated, brief pretreatment with EPA before starting a course of IFN seems indicated as an initial strategy, and antidepressants can be started during treatment if depression does occur.

Note to Readers: At the time that NEJM JW reviewed this paper, its publisher noted that it was not in final form and that subsequent corrections might be made. 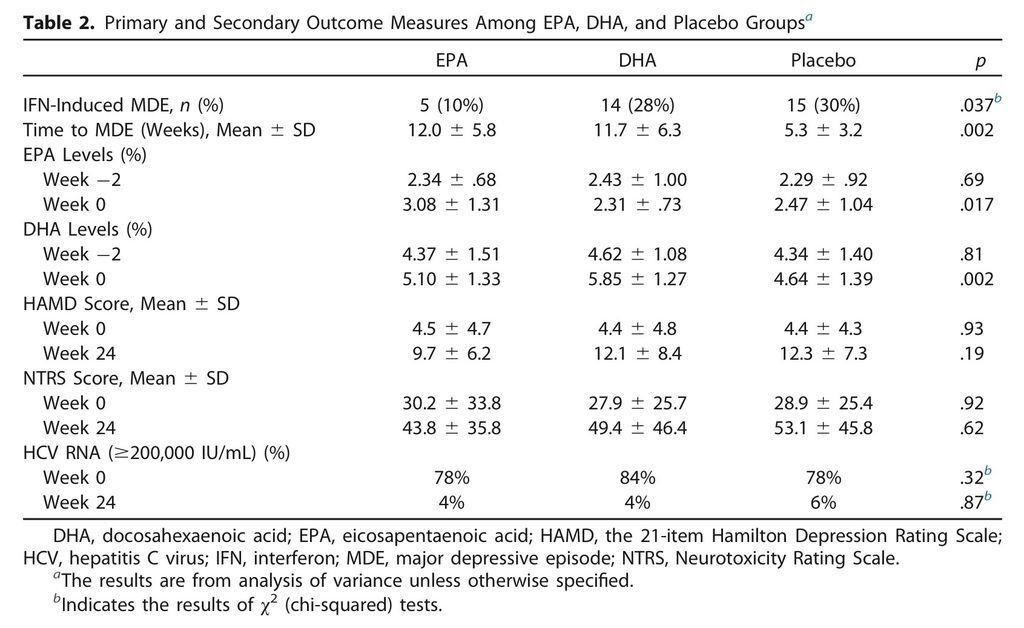 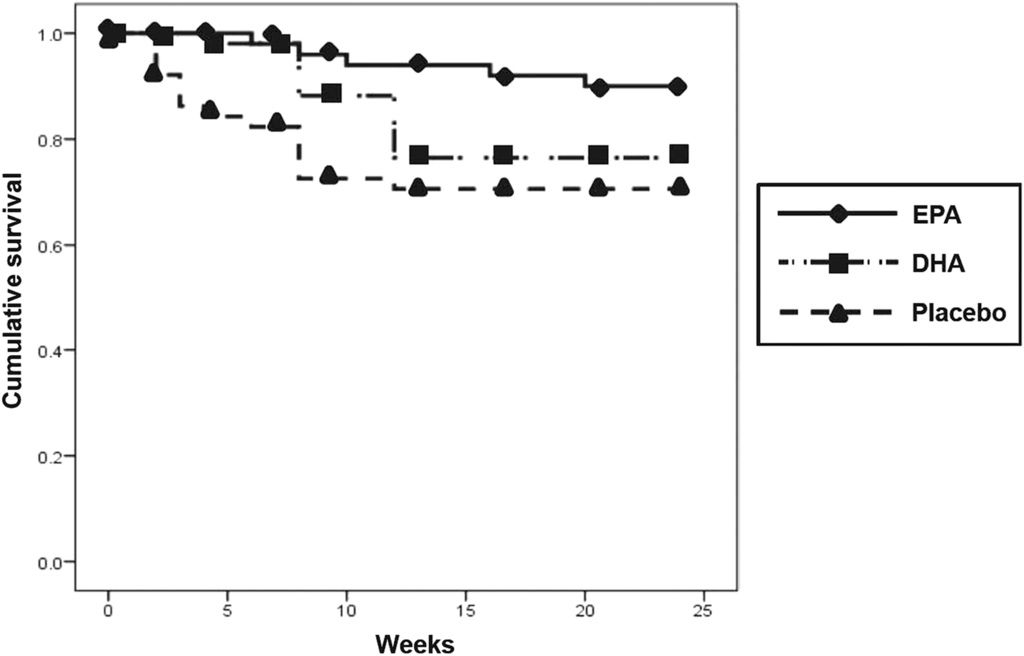 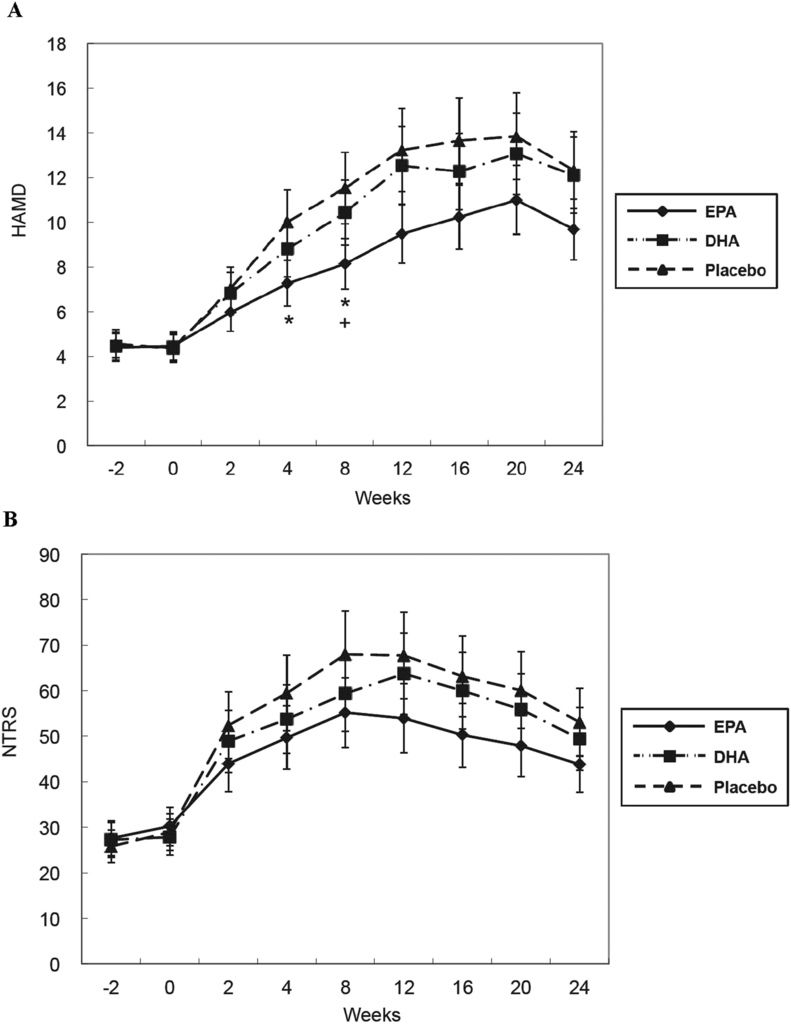 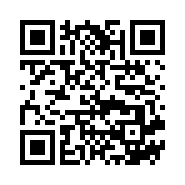