March 29, 2007 — The manufacturers of pergolide in its brand-name (Permax; Valeant Pharmaceuticals) and generic forms have agreed to take it off the market after a pair of studies implicated the dopamine agonist in causing serious heart valve damage, the US Food and Drug Administration (FDA) has announced [1].

Two case control studies published in the January 4, 2007 issue of the New England Journal of Medicine (NEJM) found significantly increased rates of valvular dysfunction in patients with Parkinson's disease taking pergolide and another dopamine agonist, cabergoline [2,3]. As reported at the time by heartwire , the findings were consistent with abundant clinical and mechanistic evidence that activators of the serotonin receptor 5-hydroxytryptamine 2B (5-HT2B), such as pergolide and cabergoline, cause a histologically distinct form of fibrotic valvulopathy. Cabergoline is approved in the US for the treatment of hyperprolactinemic disorders at doses much lower and safer than those used in Parkinson's disease, according to the FDA statement, which was published online today.

Those NEJM studies, along with the availability of other dopamine agonists for Parkinson's disease, have led pergolide manufacturers to withdraw the drug voluntarily, which will have a delayed effect on pharmacy inventories, according to the FDA: "This delay will allow time for healthcare professionals and patients to discuss appropriate treatment options and to change treatments." Manufacturers of the generic products, the agency notes, include Par Pharmaceutical Companies and Teva Pharmaceutical Industries.

The FDA recommends that patients currently taking pergolide contact their healthcare providers to discuss alternative treatments but not go off the drug on their own. Clinicians are urged to assess alternatives and, if necessary, substitute another dopamine agonist; others remaining on the market have not been linked to valve disease. Current pergolide therapy should not be stopped abruptly but should be gradually tapered, the agency cautions.

The exact mechanism(s) of action of pergolide has not been fully elucidated. There is considerable evidence that manifestations of parkinsonian syndrome, regardless of the cause of the syndrome, are related to depletion of dopamine in the corpus striatum. While levodopa is believed to act principally by increasing dopamine concentration in the brain, pergolide appears to act by directly stimulating postsynaptic dopamine receptors in the corpus striatum.

Limited information is available on the pharmacokinetics of pergolide mesylate. The drug undergoes extensive enterohepatic metabolism; the absolute oral bioavailability is low (about 20%). Pergolide is metabolized to at least 10 metabolites; 2 of these metabolites (pergolide sulfoxide and pergolide sulfone) have dopamine agonist activity. 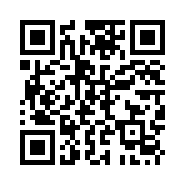