Men should not get routine PSA tests to screen for prostate cancer, the U.S. Preventive Services Task Force today reaffirmed.

The USPSTF is the independent panel that sets U.S. cancer-screening policy. Last October, the group released a draft report finding that men get far more harm than benefit from routine PSA tests.

That set off howls of protests from many urologists and some patient groups that strongly support routine PSA screening. Would the USPSTF back down? No. Today's final decision fully adopts the draft report.

"The task force has not changed its final conclusion," task force co-chair Michael LeFevre, MD, MSPH, tells WebMD. "Many men will be harmed by prostate cancer screening. Very few will benefit. The benefits do not outweigh the harms, and therefore we do not recommend screening."

LeFevre, professor and vice chair of family medicine at the University of Missouri, says the task force "carefully analyzed the strengths and weaknesses of each study" of PSA testing.

They concluded that for every 1,000 men who are screened with the PSA test:

"We all want protection from prostate cancer, but our current methods of detection and screening are not enough," LeFevre says.

"African-American men are at greater risk of being diagnosed with and dying from prostate cancer. We don't know why," LeFevre says. "But we don't have any evidence that the balance of benefits and harms from PSA testing is different according to race. ... One could say similar things about men with a significant family history of prostate cancer."

"I think men at high risk ... have the most to lose from not getting PSA tests. They are the ones who get the lethal cancers," D'Amico, professor and chief of genitourinary radiation oncology at Boston's Brigham and Women's Hospital, tells WebMD.

The final USPSTF recommendation appears in the May 21 issue of the Annals of Internal Medicine. Accompanying the report is an editorial by D'Amico, PSA pioneer and advocate William J. Catalona, MD, of Northwestern University, and several other colleagues.

"The USPSTF has underestimated the benefits and overestimated the harms of prostate cancer screening," they write. "Therefore we disagree with the USPSTF's recommendation."

A bone of contention between the USPSTF and its critics is how to interpret the two main clinical trials that looked at whether PSA screening prevents prostate cancer deaths.

The European study dubbed the ERSPC found that a man's odds of dying of prostate cancer are 21% lower if he's offered routine PSA screening. Overall, one cancer death was prevented for every 936 men screened.

The large U.S. clinical trial dubbed the PLCO found that screened men tended to be more likely to die of prostate cancer. That's probably a statistical blip, as the test isn't likely to cause cancer deaths. But it does make it clear that the study found no indication of a benefit, LeFevre says.

Taking the two trials together, the USPSTF concluded that PSA screening simply doesn't prevent enough cancer deaths to make it worth the harms of unnecessary treatments.

Critics take a different view. They note that about half the supposedly unscreened men in the U.S. study actually had one or more lifetime PSA tests. That, they say, contaminates the results. Moreover, men in the study did not get prompt biopsies after a troubling PSA test.

"The bottom line is that the task force has made a recommendation against PSA screening based primarily on data from the U.S. trial, which unfortunately is not reliable," D'Amico says.

Interpretation of clinical trials isn't the only issue critics take with the USPSTF recommendation:

The biggest disagreement, however, is over how to weigh the lives saved by PSA screening against the risks of giving harmful treatments to men whose prostate cancers would never have killed them.

"The side effects of treatment occur often, occur early, and persist for the rest of a man's life," LeFevre says. "There are harms associated with overdiagnosis and overtreatment. The amount of time one spends living with one of those complications is much greater in the screened group."

"It comes down to the relative merit in a man's mind of having urinary incontinence which you can fix with a sphincter, or impotence for which you can get an implant; or having prostate cancer spread to the bone, riddling you with pain and taking your life," he says.

PSA Test: What Men Should Do

While the USPSTF recommends against routine PSA testing, it doesn't say that men should never opt for it.

The American Cancer Society likely will keep its recommendation that a man not get a PSA test until he has discussed the harms as well as the benefits with his doctor.

Many members of the American Urological Association feel strongly that men should seek the test. But the official AUA recommendation is very close to that of the American Cancer Society: They say men should discuss the benefits as well as the harms with their doctors.

"Americans have been taught for decades to fear all cancer and that the best way to deal with cancer is to find it early and treat it aggressively," Brawley writes. "As a result, many have a blind faith in early detection of cancer and subsequent aggressive medical intervention whenever cancer is found. There is little appreciation of the harms that screening and medical interventions can cause."

Brawley makes a distinction between PSA tests given to men who fully understand both the harms and benefits and mass screenings "commonly conducted in shopping malls, churches, and community centers; at conventions and state fairs; and even in vans parked in grocery store parking lots."

And he notes that prostate screening is a lucrative business. The screening may be given away for free -- but biopsies and prostate cancer treatments reap profits for hospitals and clinics. 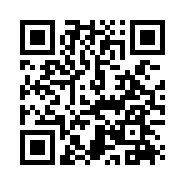