Even with direct questioning, 60% of those with dementia and 62% of those with mild cognitive impairment do not report simple memory problems, suggesting that loss of awareness of change occurs early in cognitive impairment. If general practitioners asked directly about problems with memory the majority of the patient group they were trying to identify would deny any difficulty, whereas 17% of healthy adults would answer positively.

Are subjective memory problems a risk factor for developing dementia? 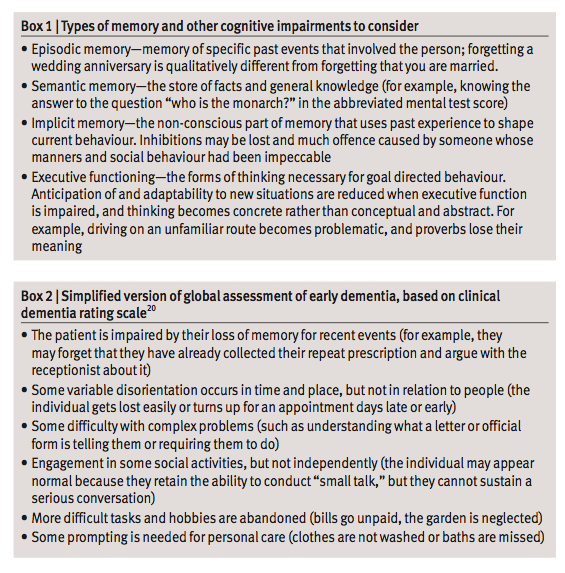 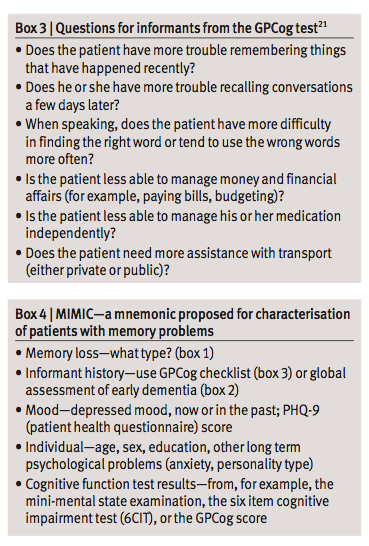 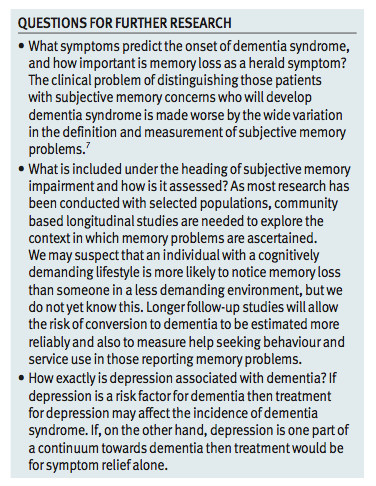 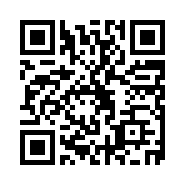