Traumatic brain injury (TBI) is an unfortunately common cause of death and disability among people of all ages. In addition to the primary injury to the brain resulting from the initial impact, a variety of secondary injuries contribute to morbidity stemming in part from high intracranial pressure (ICP) and resultant reductions in cerebral perfusion, leading to ischemia. Therapy to minimize this secondary injury includes ICP management, and a recent trial (Bulger et al, 2010) examined whether rapid administration of hypertonic fluids, a well-known measure that reduces ICP, would lead to better outcomes in TBI patients.

The authors performed a multicenter, randomized, double-blind, placebo-controlled trial of patients older than age 15 who sustained TBI from blunt trauma and had a Glasgow Coma Scale (GCS) score of 8 or less. Patients with hemorrhagic shock were excluded. Out-of-hospital responders administered, in a random fashion, a 250-mL bolus of either 7.5% saline (hypertonic saline group), 7.5% saline/6% dextran (hypertonic saline/dextran), or 0.9% saline (normal saline). The primary outcome examined was the 6-month neurologic condition as measured by the Extended Glasgow Outcome Scale (GOSE). A number of prespecified secondary outcomes also were reported.

A total of 1331 patients were randomized over a 3-year period, 49 of whom did not receive study drug for a variety of reasons. Complete 6-month neurologic assessments were available for 1087 of 1282 patients (85%); 95% of the patients had data available at least at discharge or at their 1-month visit. There were no significant differences in baseline characteristics between the groups, including initial ICP as measured by ICP monitors that were placed in 28% of the cohort. As expected, serum sodium was higher in patients who received one of the two hypertonic saline solutions, and this increase persisted in many patients beyond 12 h.

The study was stopped early by the data safety and monitoring board due to futility criteria that were preplanned. There were no differences in 6-month GOSE score indicating severe TBI (≤4) between the groups in any comparison (hypertonic saline/dextran vs normal saline: 53.7% vs 51.5%; hypertonic saline vs normal saline: 54.3% vs 51.5%; p = .67). There were no differences seen in the secondary outcomes examined, including the Disability Rating Score, 28-day mortality (around 25% in each group), development of organ failure, or length of ICU or hospital stay. There were no significant differences in the rates of adverse events between the groups.

Although conceptually attractive, this study failed to show any benefit of administration of hypertonic saline in patients with TBI without hemorrhagic shock. TBI remains an extremely important and devastating disease with little in the way of treatment options. This trial demonstrates that a well-designed study is indeed feasible in TBI, including use of first responders who can administer medications in the field. Clinicians who care for patients with this disorder should be hopeful that this study will pave the way for future successful therapeutic trials. 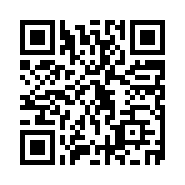