An FDA review launched in the wake of a controversial 2010 meta-analysis by DrIlke Sipahi (University Hospitals Case Medical Center, Cleveland, OH) et al [1] suggesting an increased risk of cancer among patients taking angiotensin-receptor blockers (ARBs) has concluded that the drugs do not pose a cancer risk to patients [2]. But reacting to the FDA alert to heartwire , Sipahi said he was disappointed with how the FDA conducted its review and, in particular, its failure to do a patient-level analysis.機轉可以參考：

As previously reported by heartwire , the European Medicines Agency (EMA) was the first to react to that initial meta-analysis, announcing it was going to review the possible cancer risks associated with ARBs; the FDA announced its own review shortly thereafter. The EMA has not yet released any conclusions from its review.

News that regulators would be reviewing the drug class was widely criticized by hypertension doctors, who pointed out they'd been using the agents for years and worried about the consequences of patients stopping their medications.

Several subsequent meta-analyses, published last year and again in 2011, failed to confirm the alarming findings of the first, as reported by heartwire . Now, in a safety alert issued today, the FDA states that its findings are in keeping with those of the subsequent meta-analyses that showed no sign of a cancer risk. "The FDA has concluded that treatment with an ARB medication does not increase a patient's risk of developing cancer."

According to the alert, the FDA used trial-level data from 31 trials and 156 000 patients, comparing outcomes in patients randomized to an ARB or "non-ARB treatment," with an average follow-up of 39 months. The FDA notes that this is "far more than the approximately 62 000 patients in the published analysis."

According to the FDA's analysis, incident cancer events in the ARB group were 1.82 per 100 patient-years, compared with 1.84 per 100 patient-years in the non-ARB group. The lack of a difference between the two groups was maintained, no matter what statistical method was used or whether the comparator group was taking a placebo or another drug, the FDA adds. An analysis looking at differences between groups based on type of cancer also showed no signal of cancer risk with ARBs.

Reacting to the FDA's conclusions, Sipahi criticized what he called a lack of "open process" on the part of the FDA, as well as the agency's failure to address cumulative exposure to ARBs.

"There is no information about the relationship between cumulative exposure [to ARBs] and cancer risk, which is the most important approach when cancer risk with drugs or other environmental factors such as radiation is examined."

He points out that the FDA "has been working on this analysis for almost a year now" yet conducted only a trial-level, not a patient-level, analysis. "I am surprised they did not do a patient-level analysis, because they have the authority to collect individual patient-level data from the sponsors," he told heartwire . "That's how you rule out cancer; you don't rule out cancer by lumping data from large trials with long exposure and many, many . . . smaller trials with short duration and low drug dose: you can't find cancer risk like this."

Of note, he added, cancer data from the DIRECT trial recently became available, showing that with a high-dose ARB (candesartan 32 mg), given for nearly for five years with a high compliance rate, "there was a statistically significant excess in cancers with the ARB in this trial."

But in a statement emailed to heartwire , Dr Mary Ross Southworth, deputy director for safety in the Division of Cardiovascular and Renal Drugs in the FDA's Center for Drug Evaluation and Research, pointed to what she called "several methodological limitations to the original meta-analysis"--among them the limited number of studies, inclusion of the trial that prompted the meta-analysis, and the fact that most of the ARB exposure was to one ARB, telmisartan.

"Given these limitations and the size of the risk identified in the Sipahi meta-analysis, we considered the available methods to further assess a possible risk of cancer with ARB use [and] decided to perform a larger trial-level meta-analysis of controlled studies of at least one year's duration and relatively standard ARB doses."

Pressed to explain the choice of a trial-level meta-analysis, Southworth pointed out that an important consideration in following up on "safety signals" is the strength of evidence in the "signal source."

"Because of the limitations in the Sipahi paper, we were uncertain that his paper represented a true signal for cancer in ARB users. It is important to remember that the vast majority of these trials were not designed to look at cancer as an end point." She continued: "We decided against a patient-level meta-analysis because we were not convinced that such an analysis would provide any better information about the relationship between ARBs and cancer than a more comprehensive trial-level meta-analysis."

Also commenting on the FDA's conclusions for heartwire , Dr Franz Messerli (St Luke’s Roosevelt Hospital, New York NY), a coauthor on one of the subsequent meta-analyses that found no cancer risk with ARB, called the news "reassuring."

But he also points out that the "competing risks" of cancer and cardiovascular disease need to be taken into account. In older patients, a drug that reduces their risk of CV death will increase their life expectancy, potentially increasing the likelihood that they will develop cancer.

"Obviously, the more efficacious antihypertensive drugs and statins are--ie, the better they prevent cardiovascular death--the more they will increase life expectancy and thus the risk of cancer," Messerli said in an email to heartwire . "This brings us to the bottom line: unless a cardiovascular drug 'causes' cancer, it is not an efficacious cardiovascular drug! Clearly, we may not observe this in randomized trials lasting a few years only. However, most patients are on antihypertensives and statins for decades, and within this time frame, the competing risk and its consequences become increasingly important." 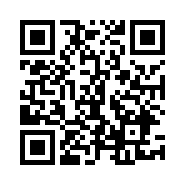