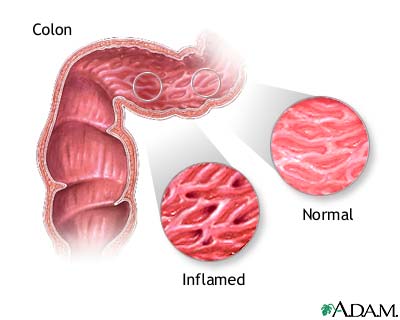 The link between vitamin D and inflammatory bowel disease was strengthened by 2 studies reported here at Digestive Disease Week 2013.

In a study by American researchers, vitamin D deficiency was associated with increased hospitalization and surgery related to inflammatory bowel disease.

Considerable evidence supports a role for vitamin D in inflammatory bowel disease, Dr. Ananthakrishnan pointed out during his presentation at the Presidential Plenary Symposium. "In animal models, deficiency of vitamin D increases susceptibility to colitis, but administration of active drug ameliorates inflammation."

"We have previously shown that low levels of vitamin D increase a person's risk for Crohn's disease," said Dr. Ananthakrishnan.

He noted that although some previous studies suggested an association between vitamin D and disease activity, they had design flaws. One randomized controlled trial by a group in Denmark showed a nonsignificant trend toward fewer relapses with vitamin D supplementation in Crohn's disease (Aliment Pharmacol Ther. 2010;32:377-383).

To better elucidate the association, Dr. Ananthakrishnan and his team identified 3217 patients with Crohn's disease or ulcerative colitis who had at least 1 measured plasma 25-hydroxy vitamin D level, and classified their vitamin D status as sufficient (≥75 nmol/L), insufficient (50 to 75 nmol/L), or deficient (<50 nmol/L).

The study's main outcomes were the occurrence of the first surgery or hospitalization related to inflammatory bowel disease.

"Vitamin D status was found to be sufficient for 40%, insufficient for 28%, and deficient for 32%," Dr. Ananthakrishnan reported. Low levels were related to higher rates of hospitalization and surgery.

In a separate study, researchers showed, for the first time, the "potential benefits of vitamin D supplementation on muscle strength, with corresponding benefits for fatigue and quality of life in Crohn's disease," said Tara Raftery, a PhD candidate from Trinity College, Dublin, Ireland.

In the double-blind placebo-controlled study of 27 patients, those who took 2000 IU of vitamin D per day for 3 months gained muscle strength.

At 3 months, patients with vitamin D levels of at least 75 nmol/L had a significantly better quality of life than patients with levels below 75 nmol/L (P < .0001), Raftery said.

The patients with the lowest vitamin D levels at baseline had the most improvement after correction, Raftery noted.

Lawrence Friedman, MD, chair of medicine at the Newton–Wellesley Hospital in Massachusetts, who is also DDW council chair, said both studies are clinically relevant.

"With vitamin D now being recognized as so prevalent, not only in patients with inflammatory bowel disease, but also in the general population, physicians are frequently testing patients for levels and prescribing supplementation," he told Medscape Medical News. "This needs further study to determine whether there is a cause-and-effect situation, and to determine the optimal approach to supplementation. But, to me, the data are out there and physicians" should be considering supplementation in the inflammatory bowel disease population. 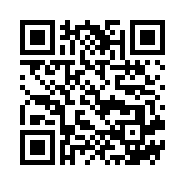