A relationship between diabetes mellitus (DM) and dementia is undeniable, with numerous studies concluding that DM increases the risk of cognitive decline and dementia, including Alzheimer’s disease (AD).1-5 Not only does DM increase the risk of dementia, it actually increases the rate of dementia development two- to threefold.3 The mechanism of this impairment is not fully understood, but it is hypothesized that hyperglycemia, insulin resistance, oxidative stress, advanced glycation end products, and inflammatory cytokines collectively lead to cognitive dysfunction.5 In fact, diabetes was described as a “special kind of accelerated aging” in 1976 owing to its many associated complications.5 The apparent overlap between DM and dementia has led to the suggestion that AD is not solely a neurologic disorder, but rather a neuroendocrine disorder, with Steen et al coining the term type 3 diabetes to describe this hybrid disease.6

Pathophysiology: Both impaired glucose tolerance—defined as a plasma glucose of 140 mg/dL to 199 mg/dL after an oral glucose tolerance test—and impaired fasting glucose—defined as a fasting plasma glucose of 100 mg/dL to 125 mg/dL—are diagnostic ofprediabetes (precursor to type 2 DM [T2DM]), as is a hemoglobin A1C of 5.7% to 6.4%.7 The pathophysiology of prediabetes is the same as that of T2DM, which is diagnosed after a fasting blood glucose of 126 mg/dL or greater or an A1C of 6.5% or greater (test repeated for confirmation).7 In both conditions, insulin resistance develops in the peripheral tissues, where insulin is required for glucose uptake (namely muscle, liver, and fat), and the pancreas is forced to supply increasingly more insulin to overcome this resistance.8 In this stage, patients are often hyperinsulinemic; however, over time, the pancreas cannot meet the demands of the tissues, and the insulin-producing beta cells of the pancreas slowly fail, producing increasingly less insulin.8 Without sufficient insulin, blood glucose concentrations rise, leading to prediabetes and, in up to 70% of patients with prediabetes, T2DM.9 The complications of hyperglycemia are many and encompass an increased risk of macrovascular complications (including myocardial infarction, cerebrovascular accident, and peripheral vascular disease) and microvascular complications (including nephropathy, neuropathy, and retinopathy).7

Treatment: Many therapies exist to treat DM. The initial treatment for both prediabetes and T2DM is lifestyle modification involving diet, exercise, and weight loss.7 The American Diabetes Association (ADA) also recommends the consideration of metformin in patients with prediabetes who are at high risk for developing diabetes.7 Metformin is recommended as initial pharmacologic therapy for T2DM.7 Often, additional pharmacologic therapy is needed to achieve ADA glycemic goals, including an A1C <7%.7 There are numerous classes of medication for T2DM (TABLE 1), and the choice of agent to normalize blood glucose depends upon a host of patient- and medication-specific factors. It is important to note that many patients with T2DM will eventually require exogenous insulin to achieve and maintain euglycemia as beta-cell function progressively declines.

Pathophysiology: AD is the most common form of dementia in older adults, accounting for 60% to 80% of all cases.10 Two histopathologic hallmarks of AD are neuritic plaques and neurofibrillary tangles.11 Plaques consist of insoluble beta-amyloid protein.Tangles, which are intracellular, are composed of phosphorylated tau protein. Tau protein is important for microtubule assembly, and when this protein is abnormally phosphorylated, neuronal function is interrupted. Neurofibrillary tangles most commonly affect cholinergic neurons.12 In addition, disruption of the main excitatory neurotransmitter, glutamate, contributes to the pathology of AD. In AD, there is an overactivation of glutamate, signaling a process known as excitotoxicity, which leads to plaque formation, hyperphosphorylation of tau protein, and cell death.12 In summary, excitotoxicity and the formation of neuritic plaques and neurofibrillary tangles disrupt neurotransmitter pathways, resulting in the learning and memory impairment associated with AD.

Treatment: The available FDA-approved pharmacologic therapies for AD are summarized in TABLE 2.11,12 While there is still much to be learned with regard to therapies that treat or alter the pathology of AD, currently available therapies involve the use of acetylcholinesterase inhibitors, of which there are four, and the N-methyl-d-aspartate receptor antagonist memantine.

Insulin and the Brain

Although it is necessary for glucose transport into peripheral tissues, insulin does not appear to be required for the transport of glucose into the brain or for cerebral glucose metabolism. While glucose transport to the brain is not dependent on insulin, insulin itself is carried across the blood–brain barrier (BBB) by insulin receptor–mediated transport processes.13 This transport mechanism is saturable; upon prolonged periods of excess insulin concentrations (hyperinsulinemia) in the periphery, such as those seen in prediabetes and T2DM, this receptor-mediated transport mechanism downregulates, thereby reducing the transport of insulin into the brain and cerebrospinal fluid.

In addition to insulin, insulin-like growth factor type 1 (IGF-1) is present in the brain and is required for normal growth and function of the central nervous system (CNS).14 Insulin and IGF-1 receptors are located throughout the brain on neurons and astrocytes (star-shaped cells in the CNS that help support neurons in the brain). Two areas of the brain that are crucial for learning and memory, the hippocampus and the hypothalamus, contain high concentrations of insulin receptors.5 In rats, intracerebroventricular insulin administration has been shown to enhance memory.15 In addition, intranasal insulin administration in humans has been found to increase memory performance.16 As previously noted, insulin is not required for cerebral glucose metabolism; however, there may be specific areas in the brain in which insulin triggers metabolic processes involving glucose. In rat studies, insulin has been shown to influence glucose utilization in the hypothalamus and the locus coeruleus, two areas that are important for learning and memory.17Learning also has been shown to facilitate increased expression of CNS insulin receptors, leading to the postulation that the presence and activity of insulin in the brain contribute to and play an essential role in learning and memory. Insulin may also contribute to the modulation of CNS neurotransmitters, notably acetylcholine and norepinephrine, both of which are critical for normal cognition and brain health.18

Overall, this impairment in insulin signaling has many downstream effects in AD. One theory is that low concentrations of insulin in the CNS cause a decrease in acetylcholine levels and cerebral blood flow.13 Additionally, alterations in insulin concentrations may promote beta-amyloid and tau protein formation.2 In the brain, insulin-degrading enzyme (IDE) is involved in the degradation and clearance of beta-amyloid proteins.21 High levels of insulin inhibit IDE and may lead to a decrease in beta-amyloid clearance, subsequently increasing brain deposition of beta-amyloid.5,19,21

Recently ceramides, a family of lipids, have commanded attention for their potential role in insulin resistance and dementia.23,24Ceramides are generated in the presence of inflammation, which is common in obesity, T2DM, and AD.24 Because ceramide readily crosses the BBB, exposure causes impaired energy metabolism and alterations in insulin gene expression, contributing to insulin resistance.23,24 This is currently an active area of interest, with researchers demonstrating that inhibiting ceramide synthesis prevented obesity-mediated insulin resistance.24

PPAR-Gamma Agonists: Extensively studied for the treatment of peripheral insulin resistance, the thiazolidinediones rosiglitazone and pioglitazone are being investigated for their role in treating AD. Thiazolidinediones are peroxisome proliferator-activated receptor (PPAR)–gamma agonists. PPAR-gamma is involved in glucose and lipid metabolism and modulates inflammation, a known contributor to AD.22,27 Thiazolidinediones are insulin sensitizers, working to reduce insulin resistance; they also appear to decrease inflammation.21,26 In several placebo-controlled trials, patients treated with rosiglitazone showed improved memory and cognitive function.21,22,28 Although only small studies of pioglitazone have been conducted, this medication also has been associated with improvements in memory and cognition.22 Although pioglitazone and rosiglitazone have poor BBB permeability, each of these agents has been documented in the brain after oral administration.22 Although these medications may play a role in the prevention or treatment of AD, they are not currently FDA-approved for patients with AD, and their potential benefits and risks must be thoroughly considered on an individual basis.

Aerobic Exercise: Perhaps the most effective, and the most overlooked, method of reducing insulin resistance is physical activity. Obesity has been associated with an increased risk of insulin resistance, diabetes, dementia, and AD.29,30 Exercise improves insulin sensitivity and lowers peripheral insulin levels.26,31 Physical activity, independent of weight, is associated with a lower risk of AD, making it the only proven neuroprotective therapy.29-31 A possible mechanism of this neuroprotection is that exercise promotes the clearance of beta-amyloid proteins and increases brain-derived neurotrophic factor, a growth factor vital to cognition and neuronal survival that is reduced in AD.32

Pharmacists play an essential role in educating patients about new therapies; they also need to stay abreast of new medical discoveries or conditions that are frequently presented in the news. Type 3 diabetes is one such condition. While there remains much to be learned about this potential new link between diabetes and impaired cognition, the public will be asking their health care providers’ opinion. In addition, many patients with diabetes will be interested in learning more and will turn to their pharmacists for information. Therefore, pharmacists should discuss the current understanding of this condition with their patients and also counsel them about strategies that may decrease their risk, given their individual comorbidities.

Intensive study is underway in an attempt to better characterize type 3 diabetes and to develop preventative and therapeutic strategies. To date, there are no specific treatments with proven efficacy in the prevention of cognitive decline or AD in patients with DM. Hence, the management of cognitive impairment in patients with DM is identical to that of patients without DM, with specific attention to glycemic control and cardiovascular risk factors. This is the same approach already essential for preventing DM-related complications. While some patient groups appear to be at increased risk for cognitive impairment, the majority of patients with DM do not have well-defined clinical associations. Although no specific treatment options are available, the current logical approach is to attain glycemic control and prudently manage cardiovascular risk factors, such as hyperlipidemia and hypertension. 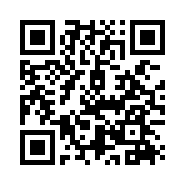