AMSTERDAM — A new analysis from the large international PURE trial should intensify the ongoing debate over the link between sodium and blood pressure. Presenting PURE SODIUM here at the European Society of Cardiology (ESC) 2013 Congress, Dr Andrew Mente (McMaster University, Hamilton, ON) and colleagues found that only certain subgroups will actually experience blood-pressure benefits from restricting their sodium consumption. As such, sweeping recommendations for daily sodium limits are likely pointless in many parts of the world.

"A targeted approach would be more appropriate for populations that consume a moderate amount of sodium in the 3-to-5-g/day range, because there would be very little benefit or a modest benefit of getting them down to low levels," Mente told heartwire . "For people who consume high amounts of sodium, it's important to get them down to moderate levels, so . . . a population-based approach would be more effective: you'd get better bang for the buck."

In one of the most striking findings in their study of almost 100 000 subjects, Mente and colleagues found that none of the populations surveyed had a "usual intake" of sodium that fell at or below the 2.3 g/day recommended in most guidelines.

A Dash of Data

Looking first at sodium and potassium intake, authors report that sodium intake was lowest in Malay; ranged from 4200 to 4800 mg/day in North America, Europe, South Asia, Africa, and South America; and spiked to more than 5500 mg/day in China. Potassium intake was highest in North America, Europe, and the Middle East and lowest in South Asia and Malay. Higher potassium consumption leads to greater excretion of sodium in the urine.

In line with previous observations, PURE SODIUM investigators found a linear relationship between BP and sodium levels, with both rising in parallel with one another. Potassium showed the inverse.

But critically, when the group looked at systolic blood pressure changes in response to 1-g increases in sodium consumption, they found that response to sodium was important only in certain groups: hypertensive subjects, the elderly, and people consuming more than 5 g/day of sodium.

"This study is 10 times bigger than anything ever performed [and] so therefore able to look at the shapes of the relationships," senior author Dr Salim Yusuf (McMaster University) told heartwire . "Sodium is linked to BP, but it is at very high levels that it is linked in an important way. At lower levels, the effect is so modest it isn't worth it."

The upshot, Mente stressed, is that strategies to reduce blood pressure via sodium restriction are best aimed at those in whom it is likely to make a difference: the elderly, hypertensives, and populations that consume more than 5 g/day. In China, for example, "a population strategy appears more reasonable," Mente said.

This is something the guideline committees should take into account, said Yusuf. "The current guidelines need to be rethought," he told heartwire . "It is very hard to get sodium down to the levels people are talking about--2.3 g or lower. And we show that practically, no one in the world is down at that level. So we are making recommendations that most people, 99% of the world, cannot follow. From a practical point of view it makes no sense and from a scientific point of view it makes no sense."

Discussing the study following Mente's presentation, Dr Giuseppe Mancia (University of Milano-Bicocca, Milan, Italy), who chaired the recently released European hypertension guidelines, agreed with the targeted approach recommended by the PURE researchers but noted that this still applied to millions of people.

"These are not small groups," he said. "We have big countries in which sodium intake is high: China, but in Europe we have a high sodium intake too, and in some European countries, sodium intake is very high. Portugal, for example, but even Italy, my country, in Northern Italy [it] is extremely high. And there we should look at individuals where the BP problem is particularly strong--for example, in the elderly and those with blood-pressure problems. That's where the strategy of reducing sodium intake may help in having BP control, which is so poor and so difficult, even when drug treatment is employed." 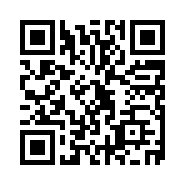