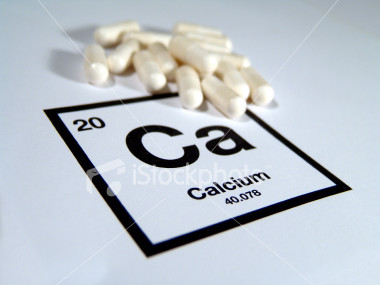 Calcium supplements can double heart attack risk and should be taken “with caution,” only for medical reasons, European researchers warn. A new study of 24,000 people adds to mounting evidence linking calcium supplements—taken with or without vitamin D—to greater danger of heart attacks, strokes, and other cardiovascular events.

Not only is the safety of calcium supplements coming under increased scientific scrutiny, but the new study is the first to define the exact daily dose that’s the danger zone for higher heart attack risk. The findings are important—and concerning—for the millions of Americans, particularly postmenopausal women, who routinely pop calcium supplements to prevent or treat brittle bones (osteoporosis).

To learn more about what the scary findings mean, as well as the best ways to protect your heart and bone health, I talked to Bradley Bale, MD, medical director of the Heart Health Program for the Grace Clinic in Lubbock, Texas, a leading specialist in heart attack prevention.

5 Heart Attack Signs All Women Should Look For

Should You Stop Taking Calcium Supplements?

His recommendation was prompted by a 2011 analysis of earlier studies, including the Women’s Health Initiative (WHI) involving about 30,000 women, which found an association between using calcium supplements and raised risk for heart attacks, strokes and other cardiovascular events, with relatively little bone health benefit.

“In that analysis, for every 1,000 women who took calcium supplements—with or without vitamin D—there were six additional heart attacks or strokes, while only three bone fractures were prevented,” says Dr. Bale. “We tell our patients to get their calcium through a healthy diet, rather than a supplement.”

How Much Do Supplements Raise Risk?

In the new study, participants who were 35 to 64 when they joined the study between 1994 and 1998 were quizzed about their usual diet during the prior 12 months and whether they regularly took vitamin or mineral supplements. They were then tracked for 11 years, during which 354 heart attacks, 260 strokes, and 267 related deaths occurred.

When the researchers analyzed vitamin/mineral supplement use, they found:

After taking other factors that could influence risk into account, the researchers found that heart attack risk was highest in people who consumed more than 1,100 mg of calcium daily.

In the earlier WHI study, a seven-year randomized clinical trial, postmenopausal women were randomly assigned to either take 1 g of calcium and 400 iu of vitamin D daily, or a placebo. The hope was to show that supplements lowered heart attack and stroke risk, as was widely believed in the past.

Instead, calcium, with or without vitamin D raised heart attack risk by 24 percent.

The study also found that people who consume a moderate amount of calcium in their diet—820 mg daily—had a 31 percent lower risk of heart attacks than those who consumed the least calcium.

Confused? “What this study is telling patients is that too little or too much calcium are both bad for your heart,” says Dr. Bale. “By suggesting getting 820 mg through healthy food choices seems to be the sweet spot for heart attack prevention, the study adds to medical knowledge by identifying what may be the best daily dietary ‘dose’ of this mineral, which is also crucial for bone health.

Keeping Your Heart and Bones Healthy

Calcium is a major building block of bones, with our skeleton storing 99 percent of the body’s calcium. Among the best sources are dairy products, canned fish with edible bones (such as sardines or salmon), green vegetables like broccoli, kale, and bok choy, nuts (especially almonds and Brazil nuts), and certain fruits, including oranges, apricots and dried figs, the International Osteoporosis Foundation reports.

Here are more ways to protect your bone and heart health: 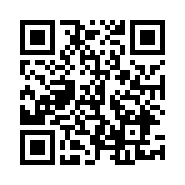