Commentators have said that more trials on the effects of omega 3 fatty acid supplements “seem unjustified” after another study found that their use was not associated with a reduced risk of cardiovascular disease. Patients should be advised to eat fish rather than take the supplements, they said.

They were commenting on a study reported in JAMA Internal Medicine that looked at daily dietary supplementation with omega 3 polyunsaturated fatty acids (also found in fish) or lutein and zeaxanthin (nutrients found in green leafy vegetables) in 4203 people who had age related macular degeneration.1 The participants, whose average age was 74 years, were part of the Age Related Eye Disease Study (AREDS2), a trial looking at the impact of the two supplements on progression to advanced macular degeneration. They had been randomised to take supplements containing the omega 3 fatty acids docosahexaenoic acid (350 mg) and eicosapentaenoic acid (650 mg); the macular xanthophylls lutein (10 mg) and zeaxanthin (2 mg); a combination of the two; or placebo.

A total of 459 cardiovascular events met the study definitions over the course of 4.8 years, but there was no reduction in heart attack, stroke, and cardiovascular death or secondary cardiovascular disease outcomes (hospital admission for heart failure, revascularisation, or unstable angina) among patients taking the supplements.

The authors concluded that the results “are consistent with a growing body of evidence from clinical trials that have found little CVD [cardiovascular disease] benefit from moderate levels of dietary supplementation.”

In a commentary on the study, doctors from the lipid disorders clinic at the Hospital of Ioannina in Greece and epidemiology unit at the University of Ioannina Medical School asked, how do the findings “fit into the (re)considerations about the design and conduct of future trials on omega 3 supplementation?”2 They argue that with more than 2000 trials, almost 200 systematic reviews and meta-analyses, and more than 700 registered “closed” trials awaiting results indexed on PubMed “the omega 3 research agenda seems to be losing focus.”

Instead they said that a meta-analysis of individual participant data could “draw conclusions on the postulated omega 3 varying effects based on the participants’ characteristics.” Other trials could look at gaps in the research, such as high dose omega 3 supplementation (more than 1 g daily) in people with high triglyceride (TG) levels.

They conclude: “Until then, omega 3 should be considered only as TG-lowering agents for those with severe hypertriglyceridemia (an extreme minority of the general population). Patients raising the question of taking omega 3 supplements should be informed of the uncertainty surrounding their choice, and regular dietary consumption of (whole) fish should be preferentially encouraged as a source of omega 3 (not supplements) based on the wealth of the available epidemiological evidence.” 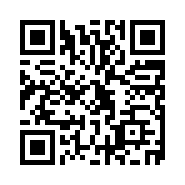