Yet it's important to keep in mind that antidepressants can help you recover. The American Psychiatric Association recommends that people keep taking their medicine at least for four to five months after they recover from a first depressive episode in order to reduce the risk of relapse. And for people who have had multiple previous episodes, the recommendation is often longer (or sometimes even to continue indefinitely).

Insomnia
Sleepiness
Increased anxiety
Nausea or vomiting
Diarrhea
Sexual problems, such as delayed ejaculations in men and lack of orgasm in women
Headaches
Dizziness
Weight gain or loss
Other more serious side effects are rare but possible. Antidepressants have been linked to an increase in suicidal thinking and behavior in children and adolescents. Talk to your doctor about what symptoms to watch for during your depression recovery.

Some of the older tricyclic antidepressants such as Elavil, Pamelor, and Tofranil can have severe side effects or cause dangerous interactions with other drugs or foods. They can cause blurred vision and fatigue. They may not be safe for people with heart problems. High doses can be toxic and potentially life-threatening. For these reasons, tricyclic antidepressants are less often used for the treatment of depression.

Monoamine oxidase inhibitors (MAOIs) such as Nardil, Parnate, Marplan and Emsam are among the most effective of all known antidepressants. But they can cause serious interactions with some foods -- like aged meats and cheeses, fermented products like soy sauce, and broad flat beans -- as well as other medicines. For instance, they can be hazardous when combined with medicines such as Sudafed (pseudoephedrine) that can raise blood pressure, and the interactions can lead to such effects as high blood pressure that is potentially fatal. They can also be dangerous with most other antidepressants, which can then raise levels of the neurotransmitter serotonin excessively.

What to Do About Antidepressant Side Effects

With any medication, you have to weigh the benefits with the side effects. You and your doctor should work together to figure out the right balance. Some side effects may not bother you. Others may be so severe that you will have to stop taking the medicine or consider adding an additional medicine that might help counteract the side effect of the antidepressant.
Keep in mind that many side effects might be worse when you first start a medicine or when you increase the dose. They may get better as your body adjusts. So if your side effects are mild, your doctor may want you to stick with your depression medicine to see if the side effects go away on their own.

Here are some tips for dealing with minor side effects of antidepressant medication.

If your medicine upsets your stomach, ask your doctor if you should take it with a meal or if the risk may be less with a brand rather than a generic form of a drug.
If your depression medicine makes you sleepy during the day or keeps you awake at night, ask your doctor what time of day you should take it. By taking your medicine first thing in the morning or right before bed, you might diminish some of the unwanted effects.
Don't take depression medicine with alcohol. Alcohol can affect how well the medicine works, cause sedation, and possibly worsen depression.
Don't stop taking your medication on your own if you don't like the side effects. Stopping your medicine suddenly can make your symptoms get worse and cause a relapse of your depression.

Instead, talk with your doctor about what to do. Trying your medication at a lower dose might still give you benefits while reducing side effects. Or you could try a new one altogether. There are many effective drugs to choose from.

If your doctor doesn't take your side effects seriously at first, be more clear about needing a plan to address them.

Whatever you do, don't ignore side effects. And don't just accept them either. Work with your doctor to resolve them so you have a better chance of recovery from your depression. 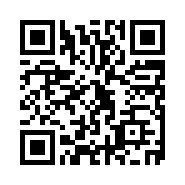